Worry crosses the river - in conversation - the document is footage of an audiovisual experiment with a focus on reflection and echo motifs during the specific interactions. The performance is based on a conversation between two egos (musician Bernhard Hansbauer and the artist herself) who interact through sound and act. While she is producing different sounds while performing acts such as writing on the mirror by scratching, speaking, or making other kinds of noise, he is recording and developing those sounds, making his version of it by manipulating the sounds following his perception. The performance is followed by two video documents; one showing the artist crossing the Danube river with the huge object, and another one showing various atomic and hydrogen bomb detonations in the 20th century.

The name of the experiment points to Hyginus' (Gaius Julius Hyginus) fable, in which Worry, as an allegory figure, decides to create a being out of soft clay by her reflection that she has seen while crossing the river. She made the creature with the help of Jupiter and Telus - Earth. A creature - a human – remains in the possession of Worry until its death. The aforementioned fable is the central motif of Hans Blumenberg's book with the same title, which is made of short meditations on various topics where he works as a detective of ideas scouring the periphery of intellectual and philosophical history for clues—metaphors, gestures, anecdotes—essential to grasping human finitude. Performance Worry Crosses The River draws attention to Worry's narcissistic impulse and the human's position within her possession.


Bernhard Hansbauer, born in 1972 and living in Vienna/Austria, has been involved with experimental music since the late 1980s, in various projects and activities. Starting out as a DJ and event organizer in the field of experimental and post-industrial music, he went on with his own project, Red Chamber, where he released two albums on the Austrian/German netlabel Laridae and was featured on a couple of compilations. In 2007, he started his own music label, Bleak, and hat more than 60 releases in various formats (including vinyl and tapes), including rare live recordings, and exclusive material from many renowned post-industrial artists. As an artist and DJ, he has been invited to many events and festivals, such as the Wroclaw Industrial Festival or Exit Festival. His own music ranges from minimal electronica to dark, rhythmic soundscapes. 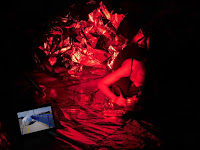 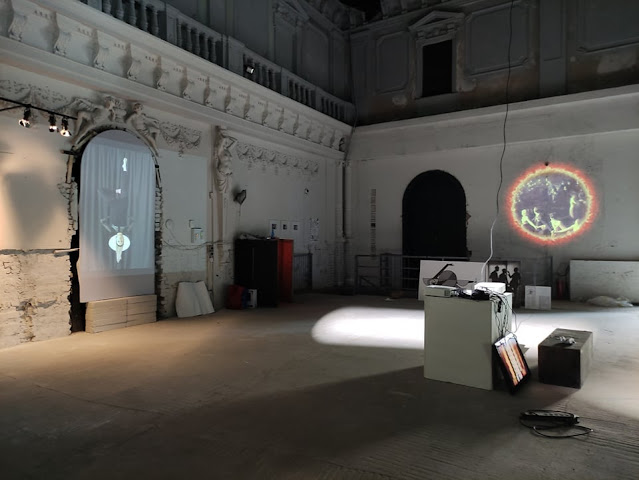